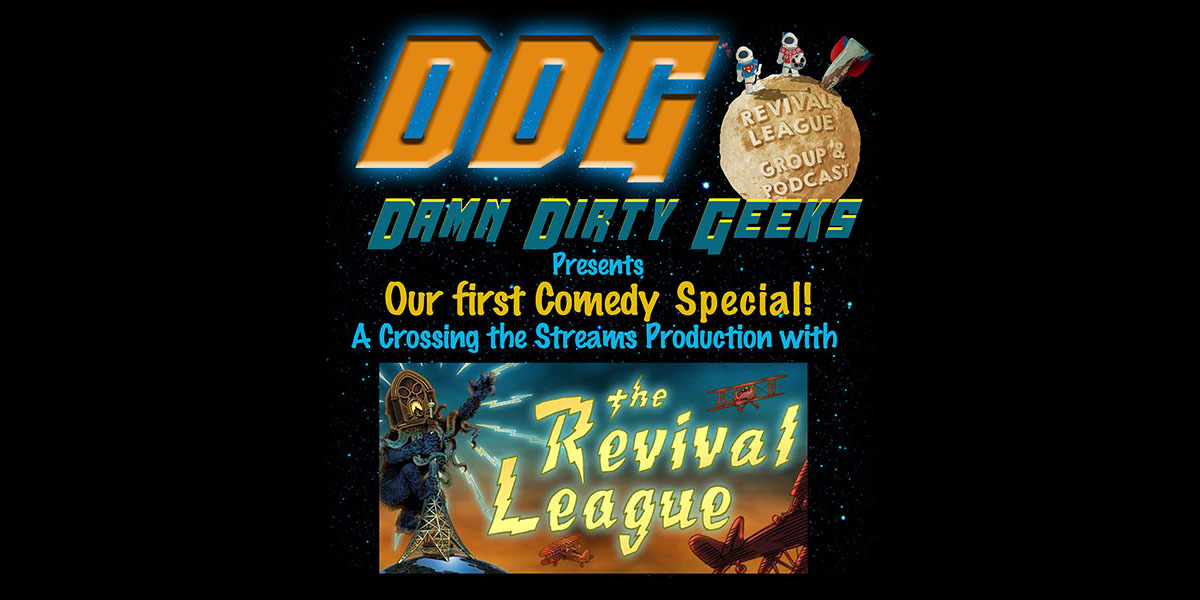 SPECIAL ANNOUNCEMENT! There are some exciting changes coming to the Damn Dirty Geeks podcast!

We are pleased to announce that the Damn Dirty Geeks podcast is teaming up with the The Revival League Podcast to bring you something a bit different from our usual programming. This collaboration will present comedy radio plays to entertain you between our continued interview and discussion episodes. In the past, The Revival League has presented very clever radio plays such as “Soylent Scrooge” and “The Tragical Histoire of Plan the 9,” a Shakespearean version of PLAN 9 FROM OUTER SPACE. We have plans for the Damn Dirty Geeks to participate in upcoming and future episodes, as performers and writers of new material.

Our first-ever Revival League/Damn Dirty Geeks Cross-Stream Production: “Shorts in a Bunch: Back to School!”
Starring the Revival League regulars (joined by the lovable albeit annoying Kruzunka Wunkas), as well as special guests Frank Conniff and Trace Beaulieu (MST3K’s The Mads), Frank Dietz (Zombie Nightmare/Damn Dirty Geeks) and Carolina Hidalgo (SiriusXM/The Mads Are Back! Podcast), this brand new radio play passes the test when it comes to putting the “ass” back in “class.”

From an awkward blind date with a singing social outcast, to a gorilla that knows exactly when to lend a hand, to the single most spot-on Donald Trump impersonation of all time, “Shorts in a Bunch: Back to School” features a busload of silly skits written and performed by the Revival League Podcast gang!

***Warning! This radio play is rated NSFW, Not Safe For Work. It contains strong language and adult situations. Listener discretion is seriously advised.***

DDG & The Revival League present 'Shorts in a Bunch: Back to School!" Comedy Sketches