Our third podcast episode finds the Damn Dirty Geeks growling and howling under the full moon as we get under the skin of werewolf movies and mythology — recorded on Lon Chaney Jr.’s birthday no less!

Frank, Jack, Frank and Scott are joined by special guest Mallory O’Meara, who dives right into the deep end of Damn Dirty Geekdom with great insights on our discussion of Universal’s classic monster movie THE WOLF MAN, AN AMERICAN WEREWOLF IN LONDON, THE HOWLING, THE CURSE OF THE WERWOLF and more.

When the Wolfsbane Blooms 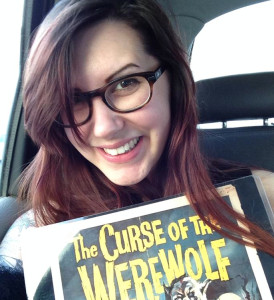 Episode #003 also delves into werewolf and horror fiction with Angela Carter’s story THE COMPANY OF WOLVES later adapted into a unique werewolf film of the same name. Mallory also digs into the supersitions of the past to shed some moonlight on varying myths about lycanthropy, vampirism and the undead. It’s our most monstrous episode yet!

And we promise that Damn Dirty Geek member Trish Geiger WILL finally be heard in an upcoming episode, so subscribe and keep listening for Trish’s long-awaited debut.

Trivia: Screenwriter Curt Siodmak invented many of what we consider age-old myths about werewolves in his script for THE WOLF MAN in 1941, including a victim contracting the werewolf curse once bitten by another werewolf, killing a werewolf with a silver weapon, and werewolves transforming under the light of a full moon.

Trivia: AN AMERICAN WEREWOLF IN LONDON makeup artist Rick Baker won the first ever Best Makeup Academy Award for his work on this film, an award category created in 1981 to honor artists in this burgeoning technical field of filmmaking. 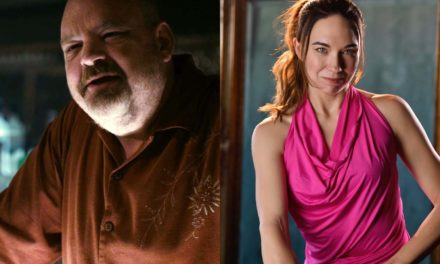 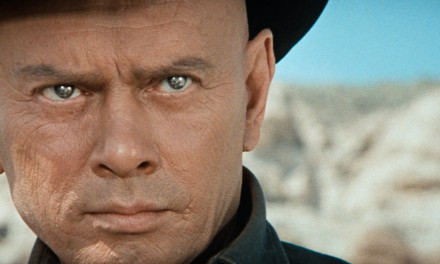