The Damn Dirty Geeks return to the realm of the Living Dead with our latest special guest, Patricia Tallman, known for her acting and stuntwork in KNIGHTRIDERS, NIGHT OF THE LIVING DEAD (1990), STAR TREK: THE NEXT GENERATION, BABYLON 5 and much more. 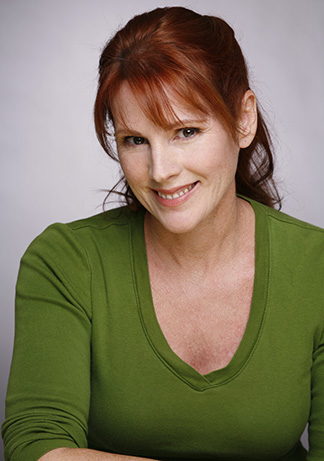 Pat’s first film was George Romero’s KNIGHTRIDERS in 1981, which began a lengthy collaborative relationship with Romero and his fellow filmmakers. She was first directed by Tom Savini in the “Family Reunion” episode of TALES FROM THE DARKSIDE in 1988, then directed by Romero again in MONKEY SHINES the same year.

Then Pat killed it in Savini’s 1990 remake of NIGHT OF THE LIVING DEAD, scripted by Romero, by turning Barbara into an empowered heroine fighting to survive an apocalypse of the undead. Redefining Barbara’s character helped the NIGHT remake earn its own place in horror cinema, adapting to its time and keeping this franchise vibrant decades after Romero birthed it. Tallman turning audience expectation on its ear in a remake certainly increased the impact and success of NIGHT, as she joined the ranks of powerful, intelligent heroines that transformed genre filmmaking in the late 1980s and early ’90s.

Enjoy this fascinating discussion with Pat about her extensive work in  STAR TREK: TNG, BABYLON 5 and many other projects, along with her simultaneous career as a stunt performer in JURASSIC PARK, AUSTIN POWERS, as well as starring in Universal Studios’ classic live stunt show The Adventures of Conan: a Sword and Sorcery Spectacular. The DDG also got an exclusive peek into some personal projects that Pat is engaged in, as well.

Below is a photo gallery just skimming the surface of Pat’s career to accompany your episode listening pleasure. 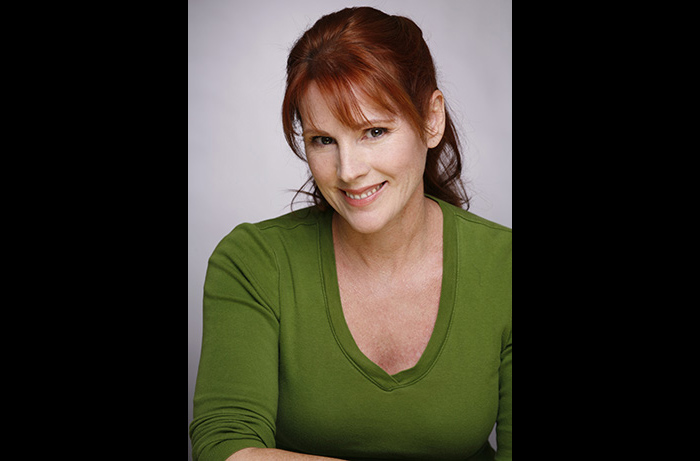 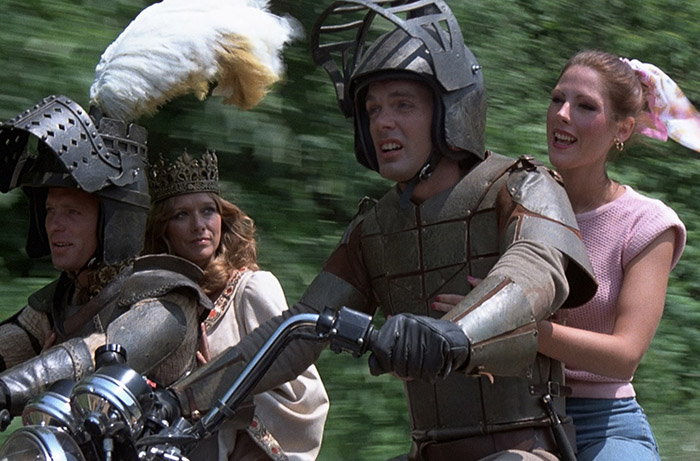 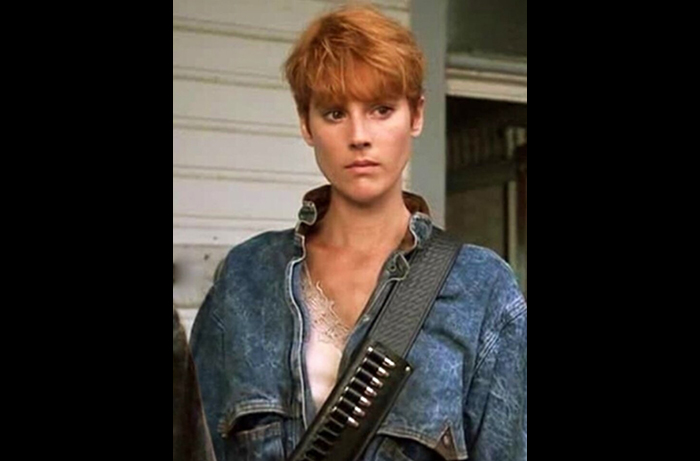 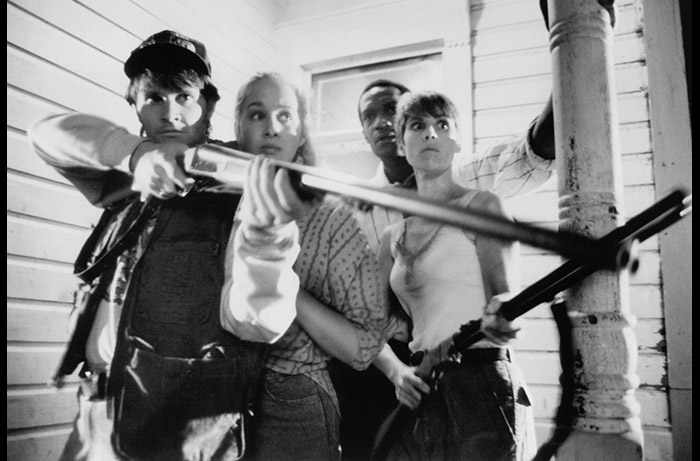 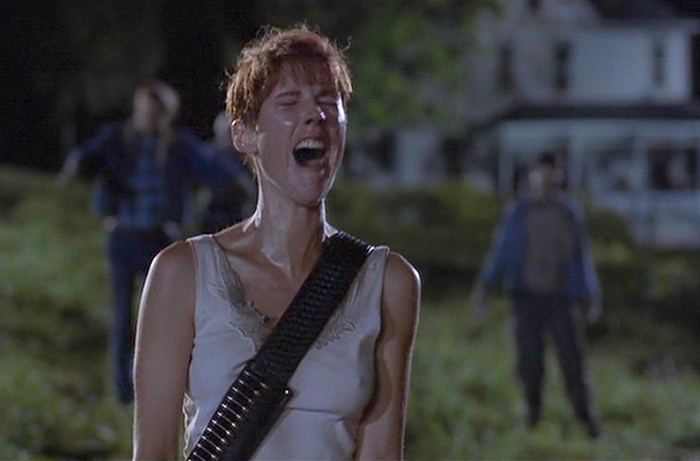 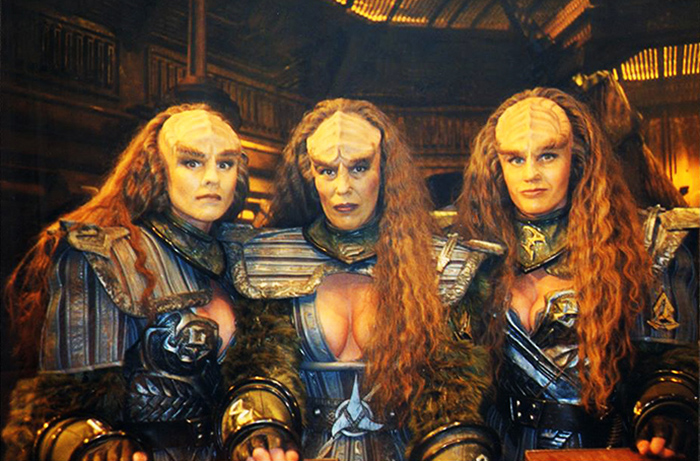 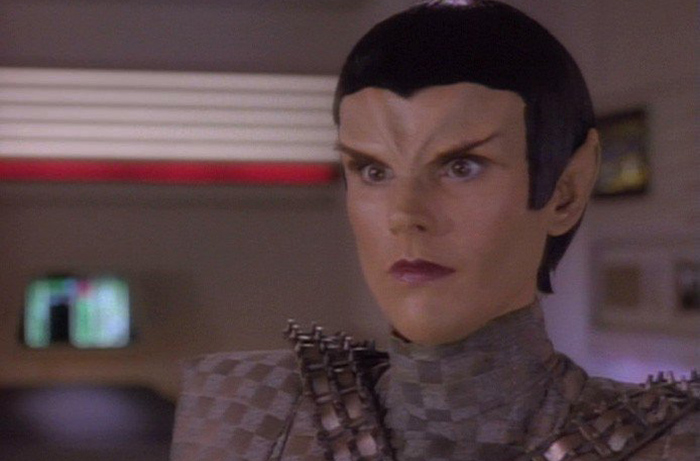 As noted, Patricia Tallman has blended acting and stunt performance throughout her career. Pat was cast as Red Sonja in Universal Studios Hollywood’s epic live stage show “The Adventures of Conan: a Sword and Sorcery Spectacular” that ran from 1983-1993. Here are two unfortunately low quality videos capturing the action of the show which still give viewers a sense of the action and scale of this renowned stunt show: Conan video 1 and Conan video 2.

As discussed in this episode, the DDG recommend Tom Savini’s remake of Night of the Living Dead (1990)

Check out Pat as Lyta Alexander on the sci-fi classic series Babylon 5: The Complete Seasons 1-5

JOHN SKIPP and ANDREW KASCH tell their TALES OF HALLOWEEN